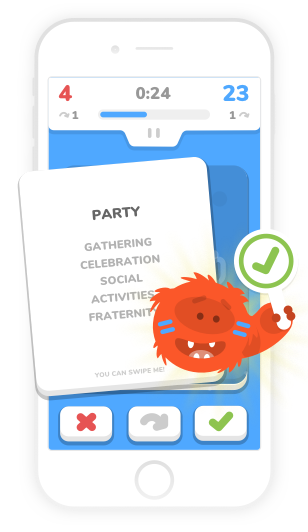 The game is as easy as pie - explain the keyword to your team without using the forbidden words or gestures. There is more than 50000 unique keywords in 10 different languages waiting for you:
English, German, Polish, Turkish, Spanish, French, Italian, Portuguese, Greek, Russian. 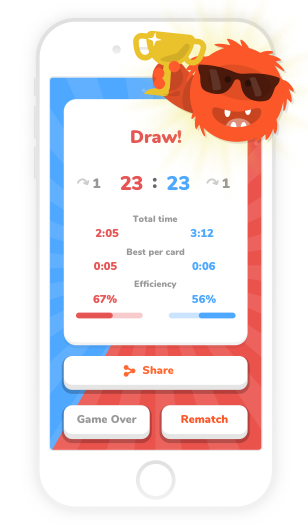 eTABU is a party game where players of two teams guess the keywords presented by their team-mates, who cannot use the forbidden words or gestures. The team who earns a certain amount of points first, wins. If you have played the classic board game Taboo, this game will be familiar to you. Cards available in English, German, Polish, Turkish, Spanish, French, Italian, Portuguese, Greek, Russian.

1.Divide yourselves into two teams.
2.Choose the first player to describe the keyword.
3.The opposite team will select the person to verify:
- the use of forbidden words
- the use of plural or abbreviation forms of the forbidden words
- gestures and sound imitations.
4. When the keyword is guessed the veryfying person hits the OK button [+1 point], in the case of breaking the rules, he pushes the WRONG one[-1 point].
5. When the set time has ended, the opposing team starts their turn according to the same rules.
6. The gameplay lasts until one of the teams reaches the set amount of points. In case of a draw, the team with less skipped keywords wins.